What if an old rusty warship from the World War 2 could solve marine problems?

The BVI Art Reef is a global network of researchers, philanthropists and artists that combines world history, art, ocean conservation and marine science using the power of play to permanently solve real world problems in the British Virgin Islands (BVI).

The project began when a historical warship from the WWII era, Kodiak Queen, was discovered by Owen Buggy in a shipyard at Road Town, Tortola waiting to be scrapped for metal.

He imagined recycling the Kodiak Queen into an artificial reef at the bottom of the ocean, but wasn’t sure how to accomplish it. Owen then began doing some research and quickly discovered that it is not an ordinary fishing trawler, but a piece of World War II history.

In another side, Mike Cochran, a historian, had discovered the ship when sailing the BVIs in 2012. He saw a collection of the wrecked old ships in the junk yard, which attracted him to take some photographs.

Mike later noticed Kodiak Queen and developed a strong interest. His research brought him to a conclusion that the Kodiak Queen was the former YO-44, which is actually one of the 5 surviving warships of the attack on Pearl Harbour. YO-44 had fallen on hard times, had been deaccessioned from the Navy and had been converted to a fishing trawler. Thus, it has important place and value in American history.

Mike then made a dedicated webpage for YO-44 at Dentonhistory.net which was later found by Owen.

Realizing the value of the idea, Owen sought help from Lauren Keil, who was starting the Unite BVI foundation with Sir Richard Branson.

In April 2016, Maverick 1000, an entrepreneurial adventure group arrived at Necker Island to spend time with Sir Richard Branson. Lauren Keil took the opportunity to present the project as an idea and gave the group a 20-minute working session challenge that would result in the winner becoming a resident of Necker Island.

Among the attendance were two artists and serial entrepreneurs, Mike Cline and Aydika James who were hunger for big project. They saw Lauren’s presentation as an opportunity for their next big art impact project. They later talked to Chris Juredin, founder of Commercial Dive Services to determine what would be required to pull this off.

Mike and Aydika’s Maverick group “won” the challenge and raised a portion of the founding funds from a handful of attending Mavericks and Richard Branson on the spot.

And this is how the BVI Art Reef “Project YOKO” (a combination of YO-44 and Kodiak Queen) began.

A giant sculpture of “Coral Kraken” was built and installed on the YO-44 warship, which was sunk in the Caribbean Sea, near British Virgin Islands, to create the first ever Maverick Marine Park.

The new coral system is planned to become one of the most exciting coral reefs and could generate a self sustaining revenue.

It is hoped to boost the local economy by offering domestic and international tourist attraction as well as providing a place for marine study and research.

The British Islands Need Your Help!
The British Virgin Islands have devastated from Hurricane Maria. Your quick helps on rehabilitation of the islands are deeply needed. Please check out BVIHelp.com for more information and how you could donate, provide aids and help recovering the islands. 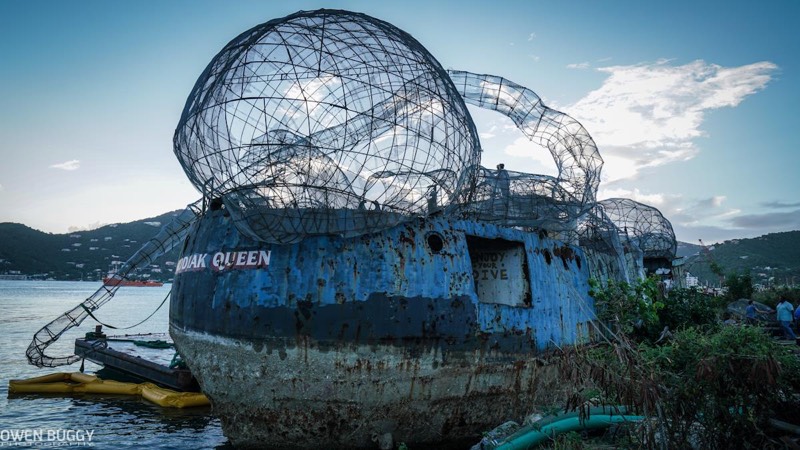 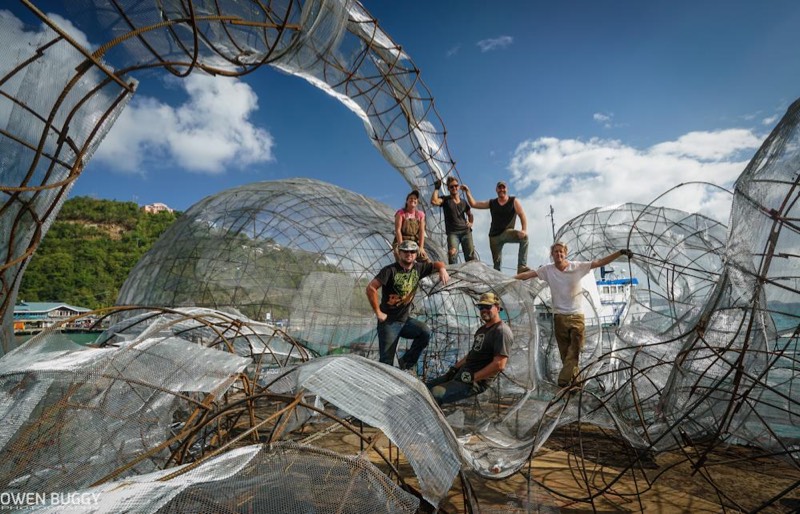 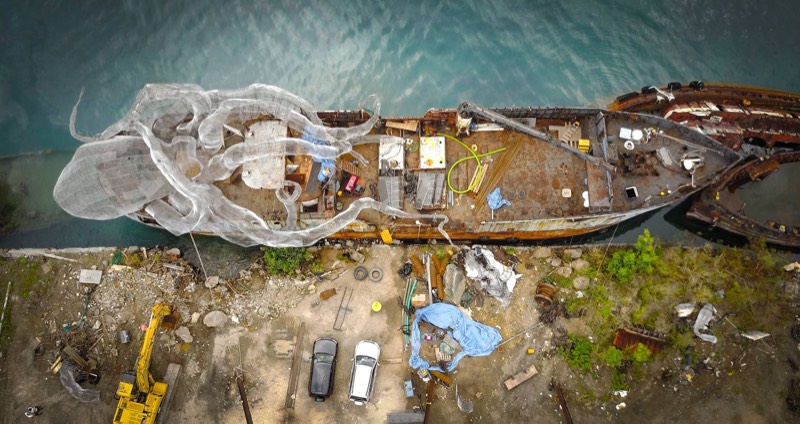 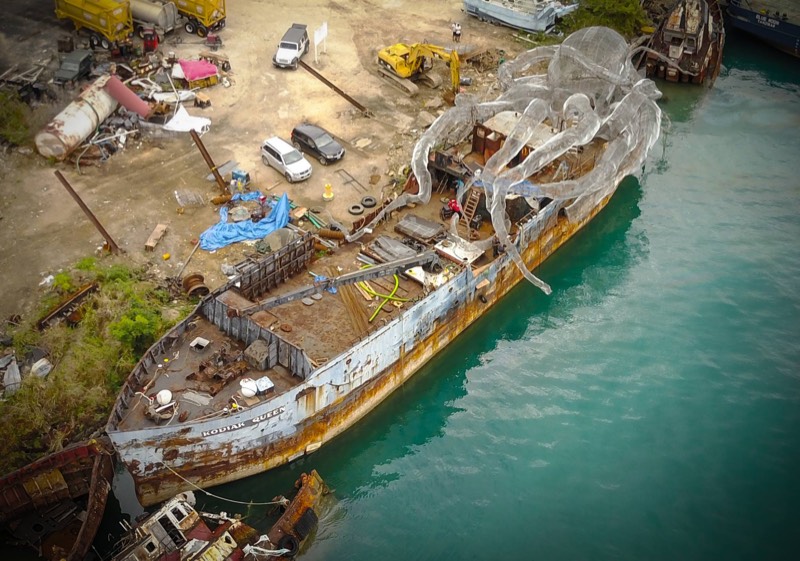 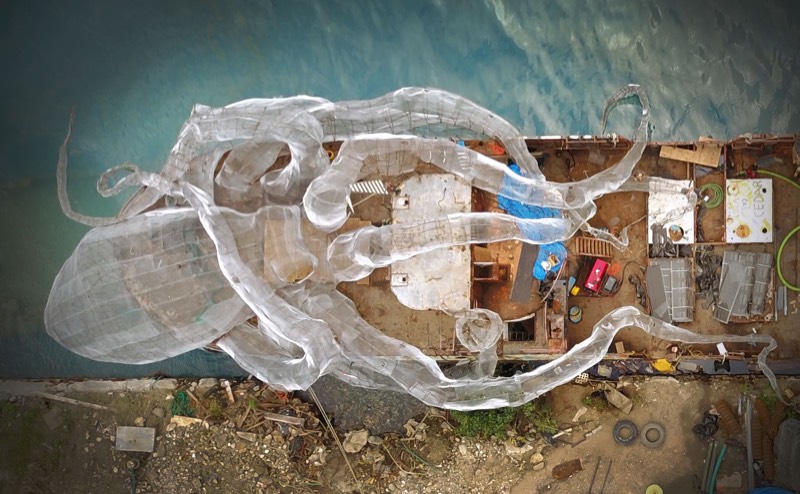 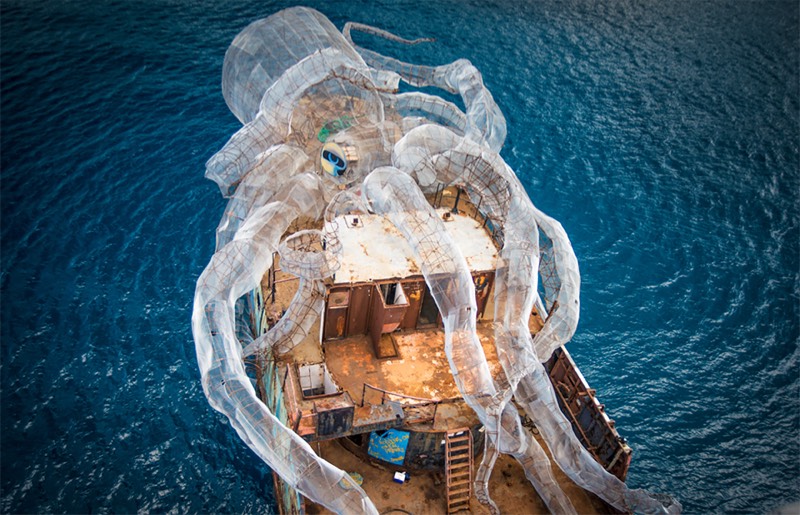 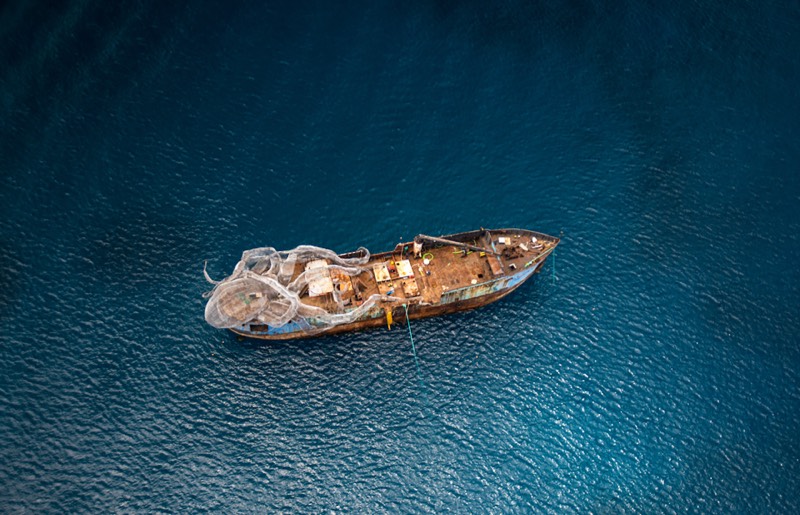 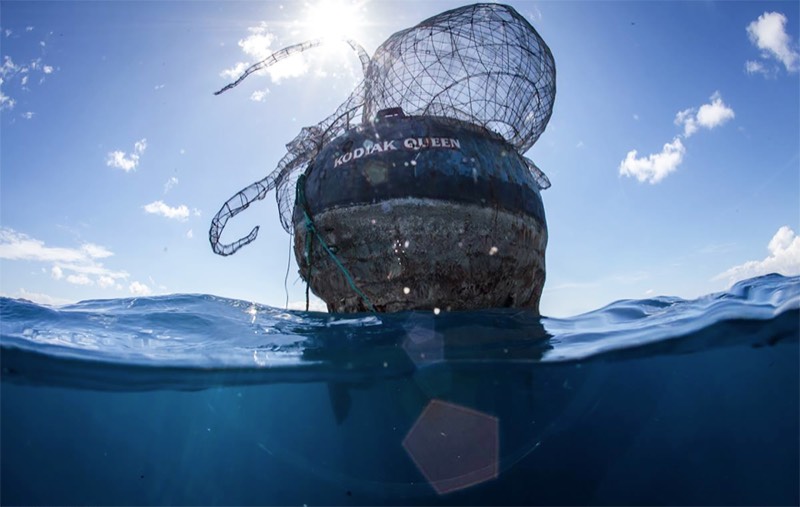 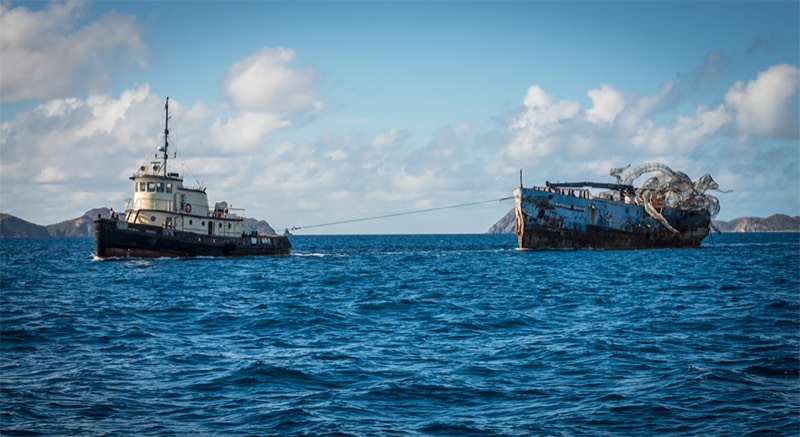 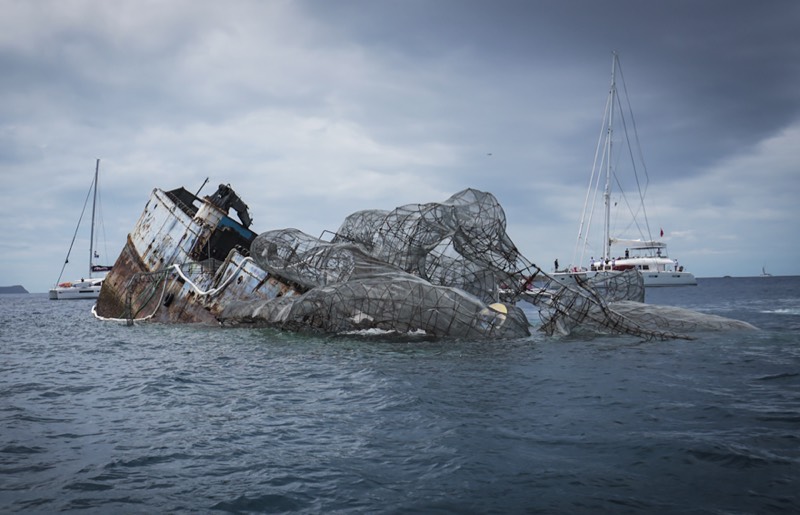 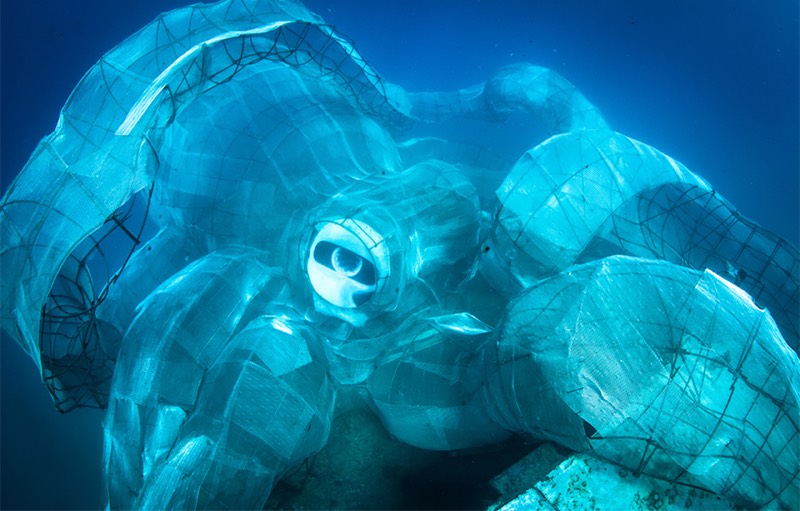 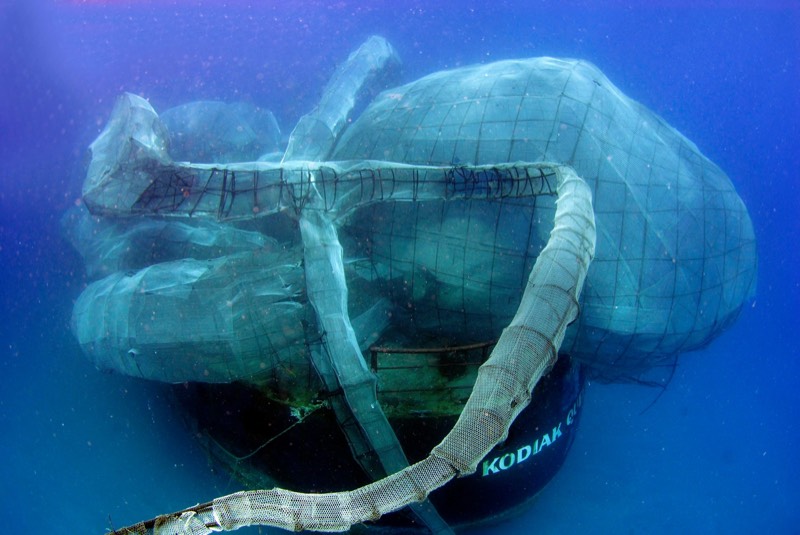 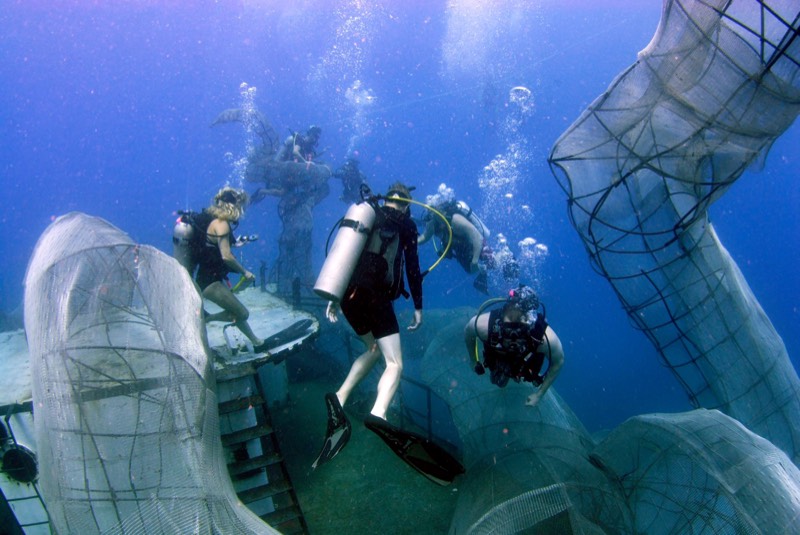 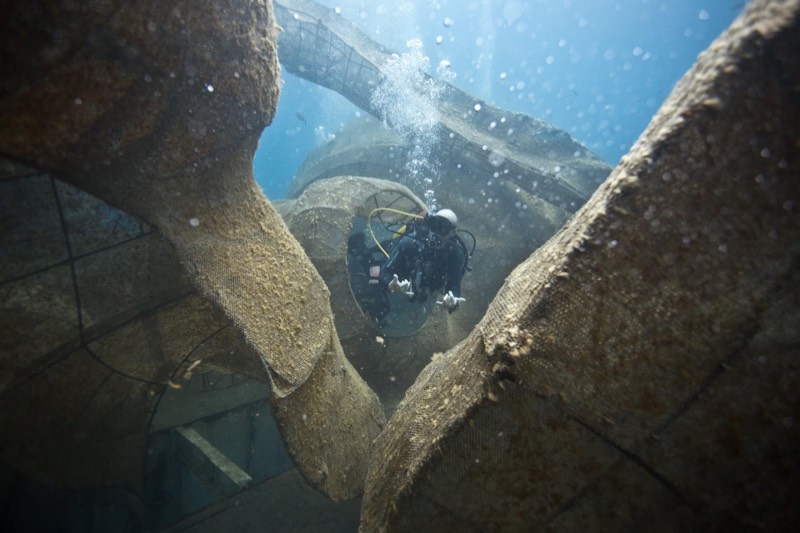 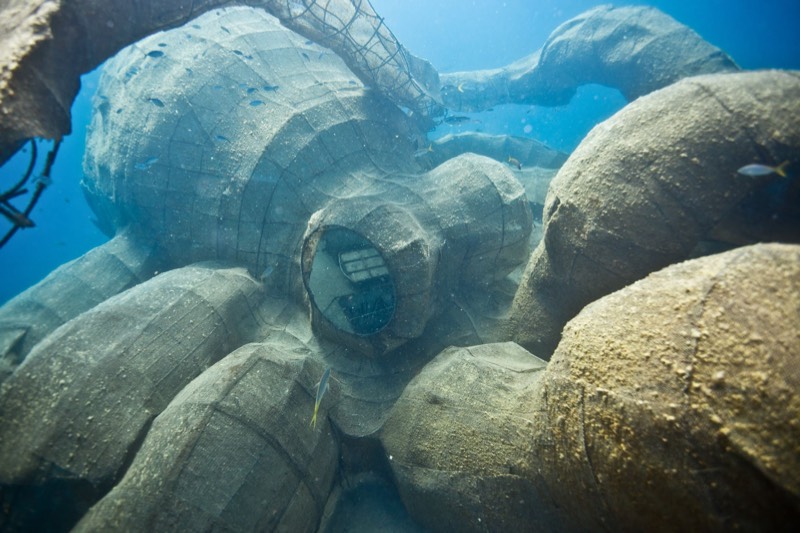 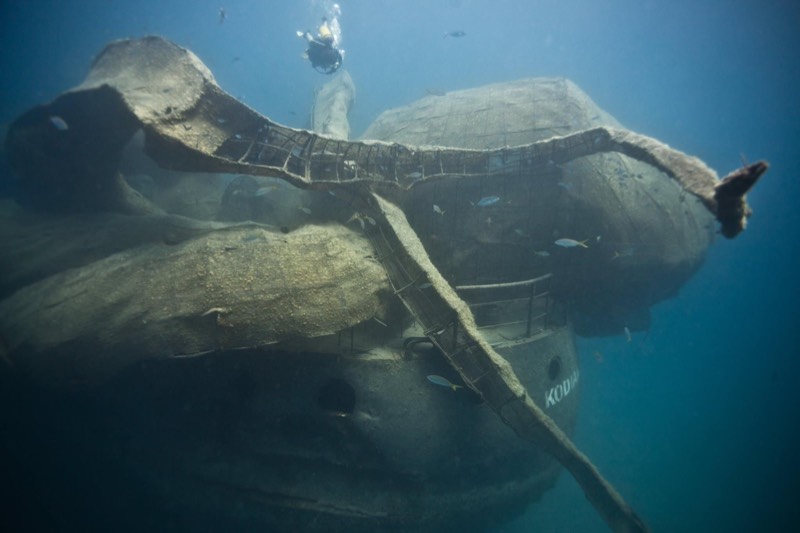 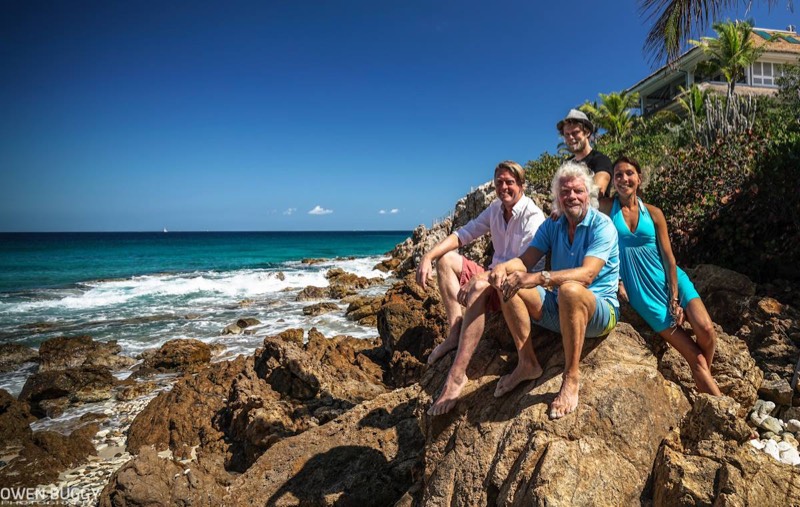 You may love this too.

Wasabee is a content editor, digital marketer and art enthusiast. He is also a jazz and bossa lover.

What do you think? Cancel reply

This site uses Akismet to reduce spam. Learn how your comment data is processed.

Get Free Updates in Your Email!

It's all good stuffs. We hate spam more than you.